The Justice Department secretly dropped a probe into President Trump‘s financial and personal tries to Moscow that was initially supposed to form part of the Russia Investigation, it has been claimed.

Andrew McCabe, former deputy director of the FBI who led the bureau for a time after James Comey was fired, said the agency was initially conducting two probes into Trump – one into election interference, and one into Trump’s own ties to Russia.

When the investigation was taken out of the bureau’s hands and passed to Special Counsel Robert Mueller, McCabe said he believed Mueller’s probe would encompass everything that the FBI had been looking into.

Then-Attorney General Rod Rosenstein also gave that impression when he publicly said the probe would look into ‘any links and/or coordination’ between Russia and Trump – but sources say that, in private, he ordered a much narrower investigation. 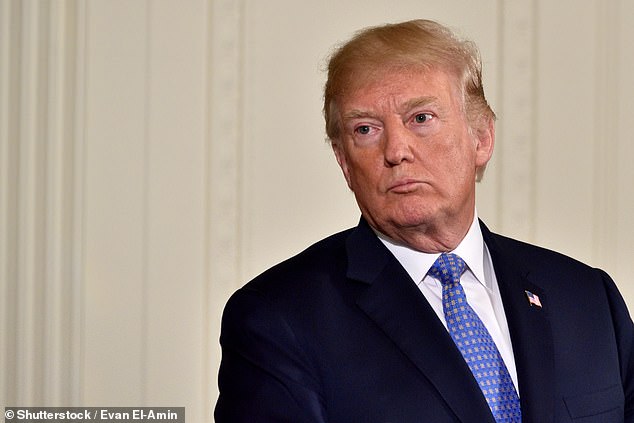 The Justice Department secretly dropped an FBI investigation into Trump’s personal and business ties to Russia when the probe was passed to Robert Mueller, it is claimed

According to the New York Times, Rosenstein told Mueller to focus only on whether crimes had been committed in relation to election interference.

Rosentein told Mueller not to conduct a ‘fishing expedition’ and instead to carry out a ‘criminal investigation’ and then ‘shut it down’, the paper claims.

Without the knowledge of the FBI, the counterintelligence portion of the inquiry – which would have delved into Trump’s business ties to Moscow – was then dropped.

McCabe told the newspaper that, had he been aware of the move, he would have ordered the FBI to carry on with its work.

He said: ‘We opened this case in May 2017 because we had information that indicated a national security threat might exist, specifically a counterintelligence threat involving the president and Russia.

‘I expected that issue and issues related to it would be fully examined by the special counsel team.

‘If a decision was made not to investigate those issues, I am surprised and disappointed. I was not aware of that.’

Mueller’s report eventually concluded that Russia had interfered in the 2016 election in an attempt to get Trump elected, and that the Trump campaign was aware of those efforts and expected to benefit from them. 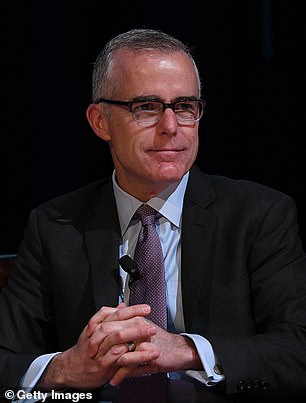 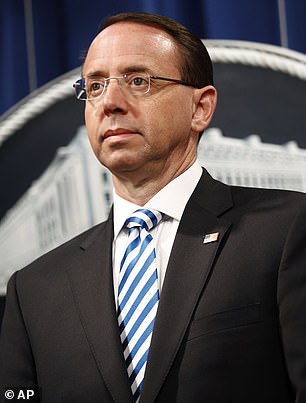 Andrew McCabe, then acting-director of the FBI after James Comey was fired (left), said that – had he known Rod Rosenstein (right) ordered the probe into Trump to be dropped – he would have ordered the bureau to keep digging

However, it stopped short of accusing the campaign of colluding directly with the Russians.

The report also found that Trump had attempted to impede the investigation multiple times, but stopped short of accusing him of committing a crime.

The investigation did lead to the indictment of three dozen people, including some of Trump’s inner circle such as Paul Manafort, Roger Stone, Michael Flynn and Michael Cohen.

Trump has repeatedly attacked the investigation as a ‘witch hunt’, accused the FBI of ‘spying’ on his campaign, and said the probe was ordered by Democrats angry that he had won the election.

A subsequent investigation by the Republican-led Senate Intelligence Committee did probe some of Trump’s personal connections to Russia, though was unable to access the president’s financial and business records.

That probe uncovered a series of fawning letters sent by Trump to strongman leader Vladimir Putin, in which he admitted being ‘a big fan of yours’.

The letter contain hand-written all-caps inscriptions in Trump’s familiar hand, at a time when the report reveals he was seeking to bring the Miss Universe beauty pageant to Moscow and his family were exploring real estate deals in Russia.

‘THE WORLD’S MOST BEAUTIFUL WOMEN!’ Trump wrote at the bottom of a June 2013 letter where Trump told Putin he had no doubt heard the news that the Miss Universe Pageant was coming to Russia. 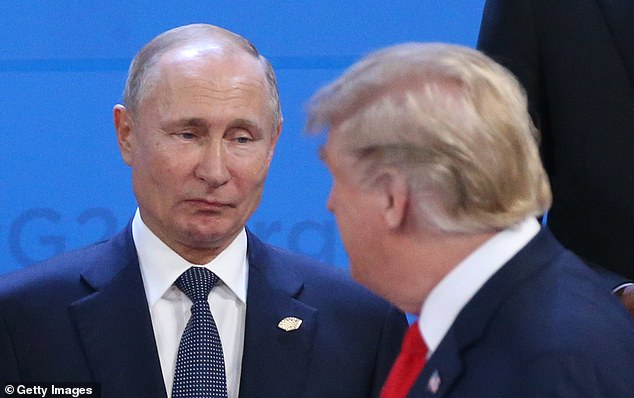 A senate intelligence report that was compiled after the Mueller investigation wrapped up found that Trump wrote several gushing letters to Putin before becoming president, but was unable to investigate his financial links to Moscow (file image)

‘I want to take this opportunity lo personally invite you to be my guest of honor in Moscow,’ Trump wrote the leader who the following year would get hit with heavy U.S. sanctions over the invasion of Crimea. ‘I know you will have a great time.’

In an earlier letter, from December 2007, Trump declares himself a ‘big fan’ of Putin in a letter written during his first two terms in office.

‘Congratulations on being named Time magazine’s “Man of the Year” – you definitely deserve it,’ Trump wrote, after Putin was named Person of the Year.

‘As you probably heard, I am a big fan of yours. Take care of yourself,’ he concluded, with the ‘big fan’ sentence underlined.

It came at a time when Trump associate Felix Sater was exploring Trump real estate projects in Moscow. Trump’s salutation was: ‘With best wishes.’

The correspondence wasn’t all one way.

Following the Miss Universe contest – which Putin did not attend, despite the letter campaign and what witnesses told the committee were conversations on how to bring about a Trump-Putin meeting that did not happen – Putin wrote Trump in Russian and sent a gift.

‘Dear Mr. Trump, I would like to congratulate you and your colleagues on successfully holding the Miss Universe contest in Moscow.

‘I hope that all the participants in this remarkable event will go home with good memories of their visit to the Russian capital,’ Putin wrote.

‘It is a pity that we were not able to have our meeting, but I hope we will be able to talk during one of your upcoming visits to Russia. Yours sincerely, V. Putin.’