Rep. Ted Lieu (D-CA) has said Attorney General Bill Barr should “stop acting like a tinpot dictator” after recent comments regarding his authority over FBI agents.

It came after Barr made comments on the chain of command in the Justice Department, suggesting some prosecutors were not following it.

“Dear Bill Barr of @TheJusticeDept: NO, the authority and legitimacy of @FBI agents do not come from you. Their authority comes from the Constitution. FBI agents swore an oath to the Constitution, not to you. Also, we are not a Banana Republic. Stop acting like a tinpot dictator.” 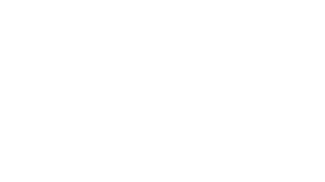 “Dear Everyone at @TheJusticeDept: A reminder that you work for the American people. You had to take one oath before you could work at the Department of Justice. And that oath was not to Bill Barr, it was to the Constitution of the United States.”

Barr, speaking at Hillsdale College on Wednesday, spoke of the authority in the Justice Department.

According to ABC News, he discussed meetings with FBI agents in which he asked: “Whose agents do you think you are?”

He went on: “These people are agents of the attorney general.

“I don’t say this in a pompous way, but that is the chain of authority and legitimacy in the Department of Justice.”

Barr has repeatedly faced criticism over claims he has used his role to protect President Donald Trump and his allies, facing a backlash over his actions in cases involving associates of the president.

Barr has argued that there have been issues of “hyperaggressive extensions of criminal law,” while suggesting “junior members” of the Justice Department should not “set the agenda.”

Criticizing individual prosecutors, who he suggested need oversight from politically appointed leaders, he said they sometimes act like headhunters when pursuing cases.

“Subjecting their decisions to review by detached supervisors ensures the involvement of dispassionate decision-makers in the process.”

In regards to members of the Justice Department being able to “set the agenda,” he said: “Letting the most junior members set the agenda might be a good philosophy for a Montessori preschool, but it’s no way to run a federal agency. Good leaders at the Justice Department, as at any organization, need to trust and support their subordinates. But that does not mean blindly deferring to whatever those subordinates want to do.”

On the FBI website, a section titled “Who monitors or oversees the FBI?” reads: “The FBI’s activities are closely and regularly scrutinized by a variety of entities. Congress—through several oversight committees in the Senate and House—reviews the FBI’s budget appropriations, programs, and selected investigations. The results of FBI investigations are often reviewed by the judicial system during court proceedings.

“Within the U.S. Department of Justice, the FBI is responsible to the attorney general, and it reports its findings to U.S. Attorneys across the country. The FBI’s intelligence activities are overseen by the Director of National Intelligence.”

Newsweek has contacted the Justice Department and Rep. Lieu for comment.