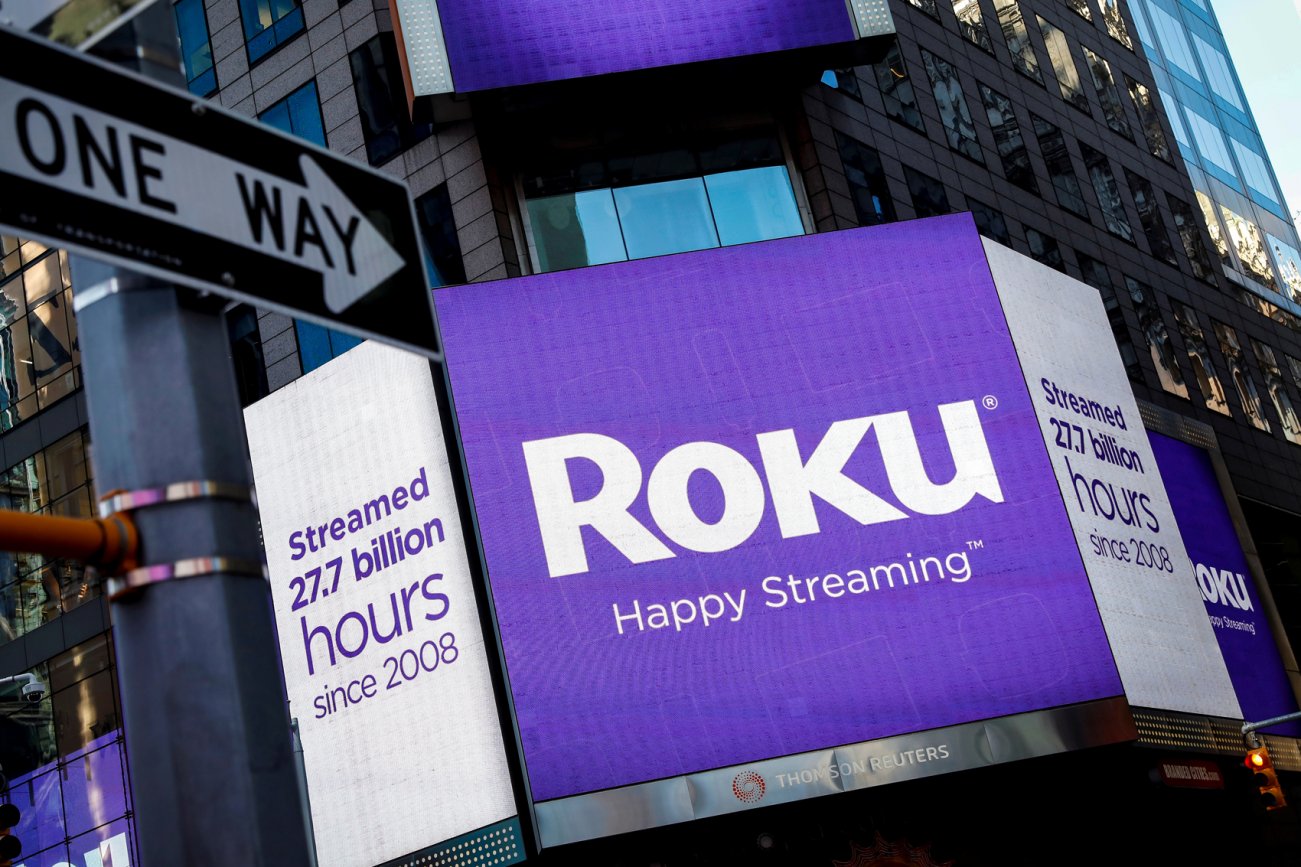 The company, per Zacks Equity Research, beat estimates of analysts with their financial performance. This means the company has beaten consensus EPS estimates four quarters in a row.

Device maker Roku announced its third-quarter earnings after the bell Thursday, and the company posted surging revenue and profit. According to the company’s quarterly shareholder’s letter, the company posted revenue of $452 million in the third quarter, a 73 percent increase. Roku also posted an operating profit of $12 million, compared to a loss of $26.5 million in the same quarter the year before.

The company, per Zacks Equity Research, beat estimates of analysts with their financial performance. This means the company has beaten consensus EPS estimates four quarters in a row.

The huge amount of pandemic-related streaming continued in the third quarter as Roku added 2.9 million active accounts, to bring its total to 46 million. And total streaming hours increased by about 200 million hours from the second quarter to 14.8 billion.

“In Q3, Roku delivered outstanding financial and operational results led by robust demand for TV streaming products, strong growth in advertising and the expansion of content distribution partnerships,” The company said in its shareholder letter.

“As the ongoing COVID-19 pandemic continued to accelerate the shift of viewing away from traditional linear and pay TV, we continued to invest in competitive differentiation and execute well against our strategic plan.”

Roku also said that its player unit sales over 57 percent year over year, and also touted the products it introduced in the quarter, such as the Roku Ultra, as well as its agreement with NBC Universal to allow the Peacock streaming service on the Roku platform, which still does not carry the HBO Max streaming service.

And the company said its partners had “very strong sales” of Roku TV models during the quarter, and that some of their newer partners “achieved substantial year-over-year unit share gains in the U.S.”

In the earnings call, founder and CEO Anthony Wood was asked a question from an analyst about the future of sports and streaming.

“If I could wave my hand, I would – sure, I think, the best thing for sports would be for them to start selling [subscription video on demand] services like for regional sports networks as an SVOD service or the NFL as an SVOD service. I mean that’s what – that’s, I think, the way consumers want to sign up and consume sports in a streaming world. That’s how they sign up and see other streaming products on à la carte basis.”

“Despite continued uncertainties caused by the pandemic, we are pleased with the trajectory of our business and believe that Roku remains well-positioned to help shape the future of television – including TV advertising – around the world,” Wood added in the shareholder letter.

Stephen Silver, a technology writer for the National Interest, is a journalist, essayist and film critic, who is also a contributor to Philly Voice, Philadelphia Weekly, the Jewish Telegraphic Agency, Living Life Fearless, Backstage magazine, Broad Street Review and Splice Today. The co-founder of the Philadelphia Film Critics Circle, Stephen lives in suburban Philadelphia with his wife and two sons. Follow him on Twitter at @StephenSilver.