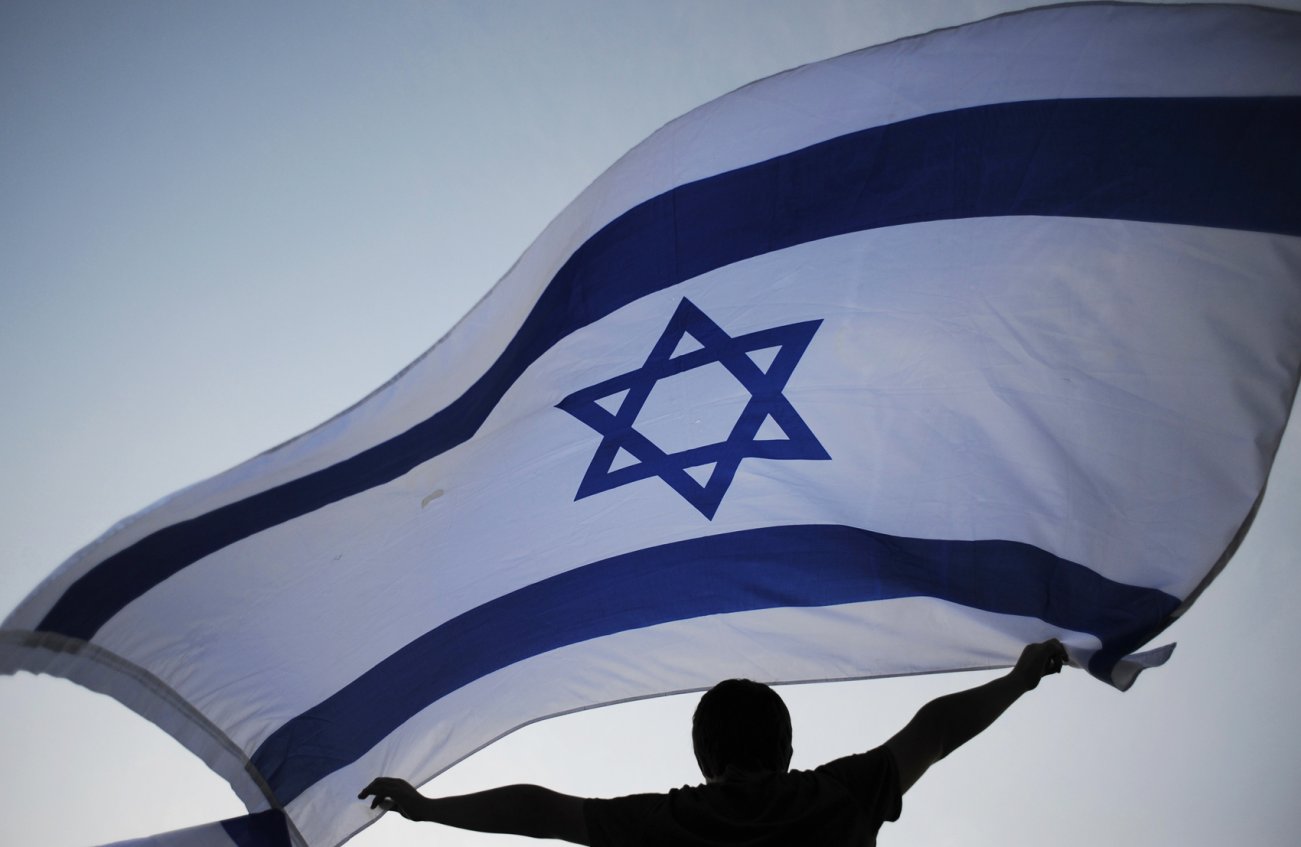 Much of Azerbaijan’s diplomatic prestige in Washington and success in Congress rests on two pillars: first, its embrace by Israel activists who found in Azerbaijan a strategic ally in a difficult neighborhood, and second, energy companies for whom their Azeri business nets billions of dollars.

Oil windfalls often corrupt countries, as both politics and diplomacy become less about accountability and more about patronage. Azerbaijan is no exception. The latest Freedom House rankings put Azerbaijan even below the Gaza Strip, Cuba, and Venezuela. While the United States, France, and Russia have joined together to condemn Azerbaijan’s military offensive and gross violations of human rights such as summary execution of prisoners and deliberate destruction of Christian cultural sites, the United Kingdom and China have banded together to defend Azerbaijan in multilateral forums. British Petroleum has lobbied the Foreign Office to take an apologetic position toward the Aliyev dictatorship, while Azerbaijan’s increasing economic partnership with China has also led to Beijing’s willingness to protect its new Belt-and-Road Initiative proxy.

Israel, too, has bragged that the military equipment and drones it provided to Azerbaijan has given the oil-rich dictatorship a decisive advantage over more democratic Armenia. “Azerbaijan would not be able to continue its operation at this intensity without our support,” an Israeli defense ministry official told the Asia Times on the condition of anonymity. Israel’s bargain is clear: It receives 60 percent of its oil from Azerbaijan and, in exchange, it arms Aliyev’s government.

Pro-Israel groups and Jewish activists have long embraced the Israel-Azeri relationship for two reasons: First, Azerbaijan is generally religiously tolerant and protects its small Jewish community. Secondly, Azerbaijan has long positioned itself against the Islamic Republic of Iran, both in terms of its official approach to the role of Shi’ism in politics, and also against Iran’s nuclear ambitions and Tehran’s export of revolution. Washington-Baku relations, meanwhile, developed against the backdrop of the two states’ counter-terror partnerships in the wake of the Sept. 11, 2001, terrorism attacks.

While many pro-Israel strategists continue to support Azerbaijan because they believe it is opposed to Iran, they may be blind to changes underway that alter reality. So, too, are those U.S. strategists who applaud Azerbaijan’s post-9/11 counter-terror posture.

Firstly, Iran is on the same side as Azerbaijan in the assault on Nagorno-Karabakh. Whereas President Ilham Aliyev once stood firmly against Iranian Supreme Leader Ali Khamenei and, for that matter, Russian president Vladimir Putin as well, his calculations began to change because of what he interpreted to be the disinterest shown him first by the Obama administration and then by Trump’s team. Whatever Aliyev’s true beliefs—if he has any beyond the pursuit of personal power—he is a realist and recognizes he needed to make an accommodation with his more powerful neighbors. Additionally, Azerbaijan’s full-throttled embrace of Recep Tayyip Erdoğan’s regime should also raise alarm bells. Aliyev has acquiesced in almost all sectors to Erdoğan’s diktats, even to the point where Azeri officials cannot talk to Jews who have criticized Erdoğan’s own excesses. While Azerbaijan may once have aided the Mossad’s campaign against Iran’s nuclear program, Hakan Fidan—Erdoğan’s intelligence chief—has also exposed Israel’s anti-nuclear intelligence operatives in Iran. Just as many Israel activists were in denial about Turkey’s changes a decade ago, a naivete which Erdoğan exploited to the strategic advantage of Hamas, Iran, Russia, Al Qaeda, and the Islamic State, so too does there now appear to be a growing gap between the reality of Aliyev now versus the positions he took a decade ago.

Indeed, pro-Israel activists should worry about where Aliyev’s subordination of himself and Azeri sovereignty to Erdoğan ambitions. Erdoğan’s Turkey may trade with Israel, but it holds Israel in contempt. It empowers Hamas—a terrorist group that now plans attacks on the Jewish state from Turkish territory—as well as Al Qaeda and the Islamic State. The logic some Turkish apologists make that Turkey is anti-Iran and so the United States should hold its nose and embrace Erdoğan both shows ignorance of the multidimensionality of relations in the Middle East and fails the logic test. Hamas is Iran’s chief Palestinian client. To embrace Turkey is to also empower Iranian proxies.

Nor is castigation of Armenia as somehow anti-Western because of its ties to Iran and Russia entirely fair. Certainly, as some Azeri and Armenian activists have pointed out, I have called out Armenia for these issues in Congressional testimony before but, just as Azerbaijan has pivoted away from its anti-Islamic Republic and counterterror position over time, so too has Armenia changed. The year 2020 is not 2010, and countries change: After its 2018 revolution, Armenia today is substantially more democratic and westward-leaning. While Yerevan maintains close relations with Tehran and Moscow—and even hosts a Russian military base in Gyumri, seventy-five miles northwest of the capital—those relations are more reactive than proactive. Armenia might not need a Russian military base if it could be ensured that Turkey and Azerbaijan did not intend to complete the genocide the Ottomans began just over a century ago.

The blockade by both Turkey and Azerbaijan of Armenian products also shapes Armenian foreign policy. It decimates the Armenian economy by raising the cost of its goods and forcing it to rely more on Iran and Russia as its economic lifeline. There is a certain irony to the argument that Azerbaijan is a better ally for the United States or Israel than Armenia because of Armenia’s ties to Russia and Iran when, aside from the fact that this need not be a zero-sum game, it is Azerbaijan’s policy which forces Armenia into their embrace. The Baku to Ceyhan pipeline, which purposely bypasses Armenia, simply amplifies these dynamics. While again it is British Petroleum’s oil interest which leads the United Kingdom to protect Azerbaijan at the United Nations Security Council and elsewhere, Armenia—even at the height of tensions with Azerbaijan—has not attacked the pipeline. This reinforces that Armenia is more a partner than an impediment and that its inclusion in the region’s oil infrastructure might have far broader diplomatic ramifications. Simply put, should the United States pressure Turkey and Azerbaijan to open trade with Armenia or join its pipeline network, then it would allow Yerevan to wean itself away from any Russian or Iranian demands which run counter to broader Western interests.

For decades, Israel languished in isolation. It was willing to develop ties with any country that would have it, regardless of the baggage that the country carried. Hence it was with Apartheid-era South Africa, a country whose domestic politics were noxious to any Jewish value. Israel still pays the price for its ties to that racist regime today (perhaps unfairly given how South Africa was an Arab oil client). It is no longer 1970, however. Most of the world recognizes Israel; the Israeli government no longer needs relations at any price; it can afford to raise the bar. To supply Azerbaijan with weaponry at a time when Azerbaijan is both targeting Christian villages and churches and developing its relations with China is immoral and will have a long-term cost to which Israeli officials appear blind. Furthermore, as Israel has both normalized relations with the United Arab Emirates and developed its own resources in the Eastern Mediterranean, it need not feel that it is dependent upon Aliyev for energy. Simply put, it is time for any activist who seeks to enhance Israel’s security in the region to recognize that the reality of Azerbaijan is in dissonance with its propaganda. It’s time for both Israel and the U.S. Jewish community to step away from its former Caspian ally.

Michael Rubin is a resident scholar at the American Enterprise Institute.