The battle between Brussels and AstraZeneca intensified Thursday due to the shortage of AstraZeneca vaccine doses, as the company (which developed the vaccine with the help of the UK’s Oxford University) doesn’t have enough doses to supply all of Europe during the first three months of the year. Talks held last night were apparently not very constructive, according to the FT, as they did little to resolve the dispute over whether AstraZeneca should distribute tens of millions more doses to the EU than it had planned, depriving other countries (including the UK) of promised doses. 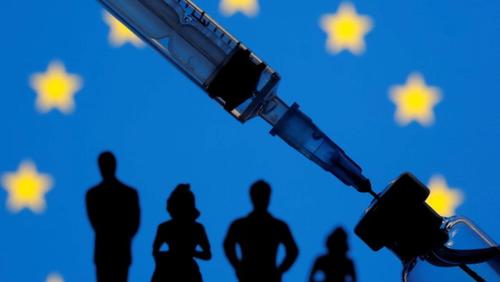 The dispute between AZ and the 27 remaining EU governments (now that the UK has left the bloc) escalated last night, as the pharma company continued to insist that its contract with the EU doesn’t require it to stick to this original delivery schedule. It must only make its “best effort” to do so. EU Health Commissioner Stella Kyriakides said late on Wednesday that the European bloc remained “united and firm” in its belief that “contractual obligations must be met”.

“We regret the continued lack of clarity on the delivery schedule and request a clear plan from AstraZeneca for the fast delivery of the quantity of vaccines that we reserved for Q1,” she tweeted after the talks with AZ CEO Pascal Soriot and other executives. “We will work with the company to find solutions and deliver vaccines rapidly for EU citizens.” The EU says AstraZeneca will only be able to deliver roughly 25% of the 100MM or more doses expected during the first three months of the year, dealing a heavy blow to the European bloc’s already lagging vaccine rollout.

While the EU panics about the shortage of vaccine supplies, the Russian team behind the vaccine developed by the Gamaleya has offered to send the bloc doses of “Sputnik V”, warning that the EU deserves “diversified” doses of the vaccine, RT reports.

Germany has recommended that AstraZeneca vaccine shots be used only for 18 to 64-year-olds, just days after the country pushed back against plans to export the vaccine. The German group of researchers, which evaluates vaccines for the German government, said there was insufficient information on the shot’s effectiveness for people 65+.

Whether AZ manages to ramp up supplies, or not, the EMA (The EU’s pharma regulator) is expected to approve the AstraZeneca vaccine as soon as Friday. 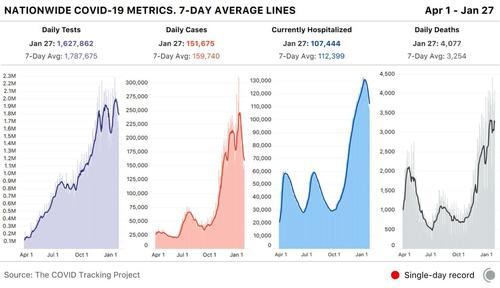 Across the US, cases and hospitalizations have continued to decline. Deaths are more mixed, with some states seeing deaths rise, while others are seeing deaths fall. 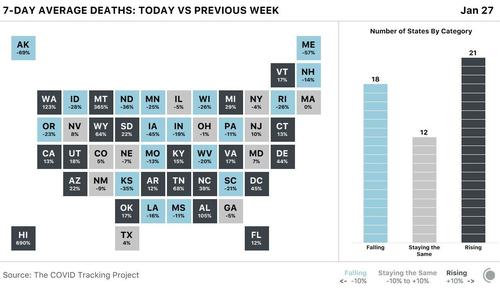 In New York, Gov. Andrew Cuomo lifted restrictions in most hot spots across the state, declaring an end to the post-holiday surge in cases and hospitalizations.

Finally, Beijing is ratcheting up requirements needed to enter the capital city ahead of the biggest CCP political meeting of the year. Now that their two week quarantine period is over, WHO investigators will soon begin their inspection of Beijing, according to Chinese Foreign Ministry spokesman Zhao Lijian.

After becoming the first EU member to approve Russia’s “Sputnik V” vaccine, Prime Minister Viktor Orban is planning an order that will “automatically” approve vaccines in emergencies if the shots are already being used in another country. The Philippines version of the FDA, meanwhile, has approved AstraZeneca’s vaccine the second to be approved in the Philippines after Pfizer.

Here’s some more COVID news from overnight and Thursday morning:

Now that officials have apparently brought the Beijing in and around outbreak under control with a heavy hand, China revealed that 54 new cases were confirmed on Wednesday, down from 75 cases reported a day earlier. Of these, 41 were locally transmitted infections compared with 55 a day earlier.